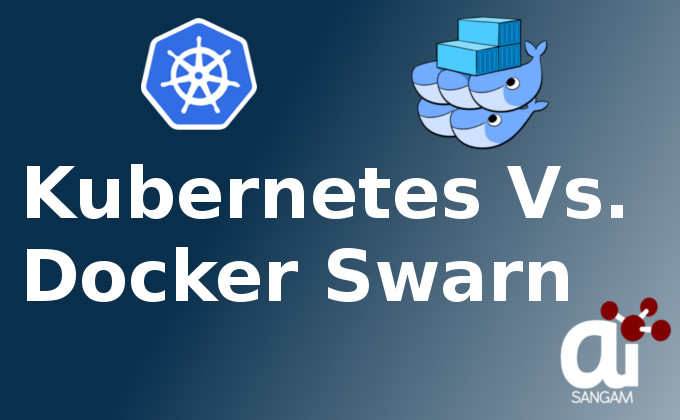 Starting with the word both Docker swarm and Kubernetes are leading container orchestration. You might be stopped at the point what is container orchestration. Yes let us write two simple and understandable lines on definition of it. Container Orchestration is the process of organizing multiple containers for the application to run. These container contains the packages or applications.  If you are facing problem in understanding it let me conclude the meaning in simple line which states that these both technologies are used to manage packages in an organized and effective way such that optimization is reached at the maximum level and only required memory is used to run the application. Another features would be to restart the containers automatically and to create new ones when old ones crashed such that applications and packages are saved in those containers. Please remember that these applications run inside the nodes. This tutorial or blog is about pointing the difference between these two tool or Orchestration.

Summary of this Blog