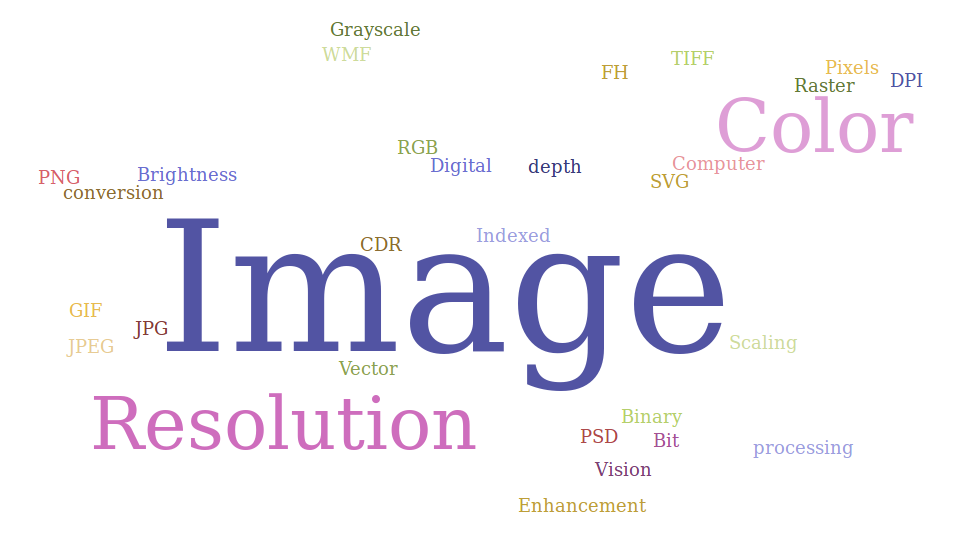 A Small Introduction to Digital Image Processing in Computer Vision

This blog aims at knowing about digital images, types of images and throwing some light on computer vision and digital image processing. This blog is very useful for those who are pursuing their research in computer vision especially in image processing. In this blog, various terms related to images will be covered and things will be explained with live codes and screenshots. So author hopes that reader will gain a lot after reading this blog. Following topics will be covered in this tutorial.

What is a Digital Image?

An image is 2-D (dimensional) binary representation of any object or thing in electronic form. It can be represented as two dimensional function F(x, y) where x and y are spatial coordinates. The amplitude of F at any pair of coordinates (x, y) is the intensity of image at that point. When x, y and amplitude values of F are finite, it is called a digital image.

An image can be in raster or vector format. In raster form which is also called bitmap, each individual element of the image is in square format whereas in vector form, image is made up of individual shapes like circle, square, or triangle etc. Vector image does not depends on pixels while raster depends on pixels. This is the reason when one zooms the vector image, it remains same.

For a digital image there are finite number of pixels. These pixels are arranged in a column and row and each holding the information of the image. Color information contained in each pixel in an image is called bit depth.

For example bit depth 1 represents each pixel either black or white. As depth increases, color of each pixel also increases using the formula 2n where n is the bit depth. If one is considering true image or RGB image having the bit depth of 24, possible color available per pixels are 16 million.

Let us discuss some of the terms which are related with image so that readers can understand the basics in more clear form.

Let us see the code snippet as below

Let us see the screenshot while running the code as below:

Throwing some Light on Computer Vision and Image Processing:

Digital Image Processing: In order to enhance the quality of an image, some operations are performed on it by means of a digital computer is called digital image. This is done to extract the information stored in the image.

In the nutshell, it can be said that this topic starts with the images which is the key topic of this blog. Then we move to types of images so that readers can be familiar with different types of images. I have made the flow in such a way, as computer vision and digital image processing deals with images, so it is important to understand images in deeper sense. Also, different terminologies associated with them. We have discussed about different types of images with some code lines and screenshot to make you understand the things in more visualized and better way. In the end, we proceeded with some conclusion on digital image processing and end the article with the definition of computer vision. AI Sangam hopes that readers gain some good and effective knowledge about images. This will be very beneficial for them while performing research in computer vision domain. If you would like to write your feedback at us please do email us at aisangamofficial@gmail.com. You can also join us at skype as aisangamofficial. You can also watch our demos and videos at AI Sangam you tube channel.

You can see next tutorial on image processing by clicking below

Image Processing in Computer vision: How to Read and Write Images in Python